People and team systems do not exist in isolation and do not function in isolation; they are part of larger systems involving many complex relationships. Remember to set and examine the appropriate context as you perform your team system analysis. This allows you to start to make seemingly unrelated associations that can result in practical solutions. Unrelated associations are syntopical in nature and are often linked directly to real-world ideal solutions.

A potentially confusing aspect of the role, system, supersystem model is that those definitions are meant to be relatively fluid depending on what perspective is focused upon inside a hierarchy.

At an aggregate market level, for illustration, a company like IBM could be considered a vender (role) inside the global technology market (system) that is part of the global economy (supersystem ). 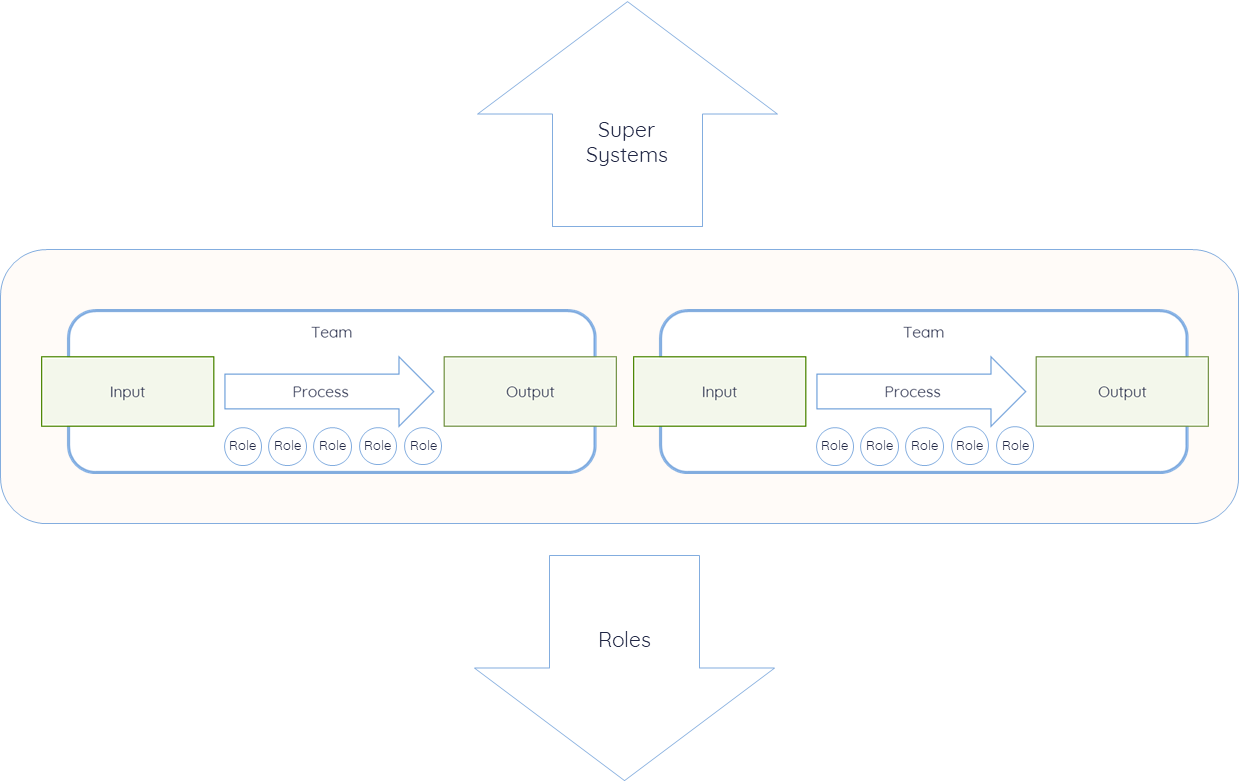 At a lower level there could be the role of hardware engineer (role) on the infrastructure research team (system) within the hardware acceleration department (supersystem ).